Nablus is a modern city with ancient roots. It has functioned as a cultural and commercial center for the past two thousand years. Most of its charming Old City, with narrow streets and arches, was built during the Ottoman time. Many of the residents, whose families have lived here for generations, are fiercely proud and protective of their land and heritage.

During the Second Intifada, the city endured brutal attacks from the Israeli occupying military. Numerous buildings were destroyed and families perished. Despite continued harassment and arrests, the determined citizens, in their resistance to occupation, have earned Nablus the honored name Mountain of Fire.

People working together to transform the old city square in Nablus 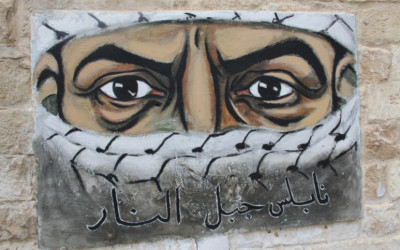 In the heart of the Old City is an ample square surrounded by two- and three-story houses on four sides with a circular platform in the center. All of the structures - houses, the platform, and roads were built with stones. Numerous residents and visitors pass daily...

END_OF_DOCUMENT_TOKEN_TO_BE_REPLACED 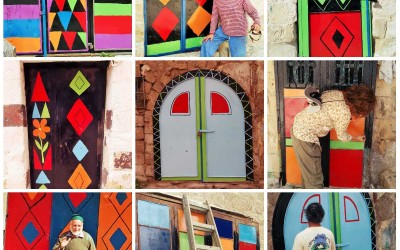 While working on the murals, our team also conducted workshops for children. Creativity generates excitement. Happy children bring joy to adults. Images of flags, flowers, victory signs, and geometric patterns began to appear on paper. Why not transfer some of the...

END_OF_DOCUMENT_TOKEN_TO_BE_REPLACED 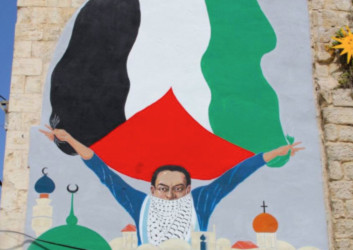 During our spring 2015 visit, the community requested another, larger mural on the main wall of the square. In response, Rob and the team created this spirited figure, covered partially in a kaffiyeh (symbol of unity), rising from the old city proudly holding the...