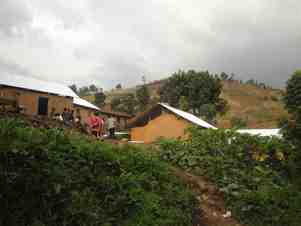 The Kanama Twa village is a tiny Rwanda community located in the hills about 30 minutes from Gisenyi, which borders the Republic of Congo. The village is composed of 17 poverty stricten families in dire need of help.
During our visit in 2011, the Barefoot Artists (BA) team sensed the great danger the whole village was in during rain seasons because of the unstable foundations and poor construction of their houses.  Our intervention saved the village in the following year from a severe flood, which has swept many mud built homes away in the region.
After witnessing how the micro-loan program which BA launched in 2007 has transformed the lives of the 100 families living in Rugerero Survivor’s Village, the Kanama village is following in those footsteps and has recently launched a micro-loan program. 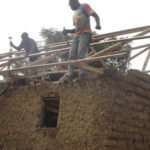 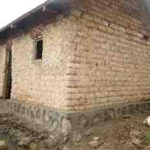 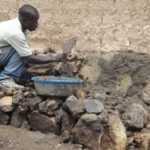 Jean Bosco Musana, BA Rwanda Program coordinator and former Red Cross Regional Director, who set up the micro-loan program at the survivor’s village is now guiding the Kanama Twa through the same process. He commented, “I am totally committed to see the Twa Kanama progress also! I will do the best for them!” 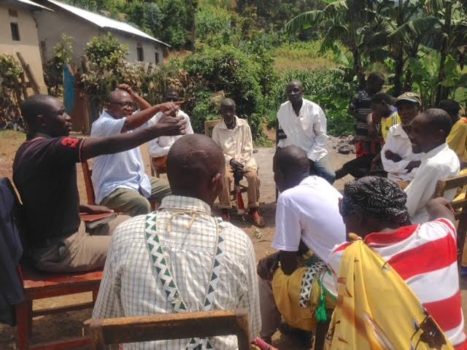 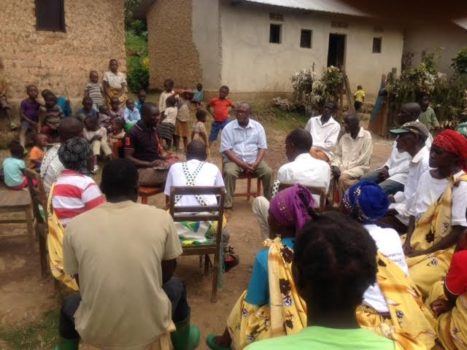 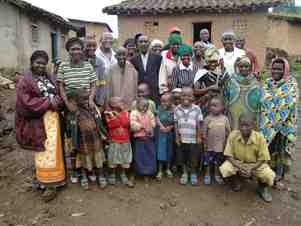 The pictures above show the first meeting with the community. The meeting resulted in the community electing a financial committee, outlining leadership structure, developing a timeline and procedure. At the end, the whole village celebrated their productivity with song and dance!

Since 2017, we launched a series of projects: a micro-lending program, the construction of tiered vegetable gardens made of recycled tires for each family (in a village almost devoid of any extra space), and the building of a goat house so the villagers can keep the goats outside of their homes. 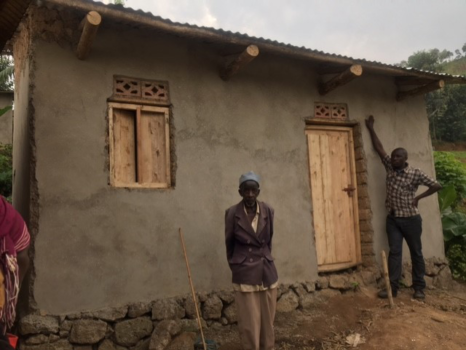 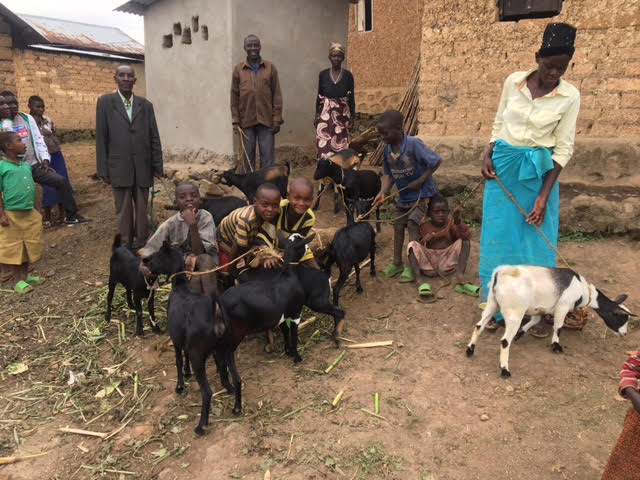 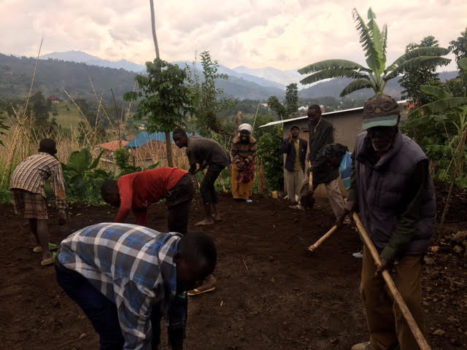 New Land
Kanama Twa villagers have been living in stricken poverty for decades. Although they make pottery, their low-fired wares bring them pittance. Responding to their request, BA purchased two pieces of fertile agriculture land so they can become self-sustained. Pictures below are the 2019 Maize harvest.