(Excerpted from Lily Yeh’s TED Talk “From Broken To Whole”)

Looking back, I am still surprised that this project ever happened. How could I — an artist who received no invitation, had little resources or expertise, and who did not even have Rwanda on her agenda — go there and manage to build a genocide memorial? My answer in short is that life beckoned and I responded.

In 2004, while attending an international conference, I heard the story told by Jean Bosco Musana Rukirande, a Red Cross representative, about the suffering of his people. I was deeply moved and decided to pay him a visit. None of us could have imagined that our working together with the survivors over a ten-year period would build communities and transform lives.

I asked myself, “How could people heal when their loved ones were buried in such a place?” A survivor told me,” Every time I passed there my heart broke. It was like killing us twice.”

I wanted to bring the concept of beauty into the design of the memorial.

Survivors asked me to construct a bone chamber so that their loved ones could be buried properly. The idea frightened me. The bones are intimately connected to the national psyche of terror and profound sorrow. But together, we managed. When the chamber became too moist for the bones, we tiled the whole surface of the monument to keep it dry. Low tech, but highly effective.

How appropriate that it was the making of the mosaics that helped us to solve the problem! In this grief-stricken community, through working together with the broken tiles, piece-by-piece, people began to transform their suffering and despair into hope and joy.

On April 7, 2009, the day of the national mourning, thousands of people walked for miles in a somber procession to the genocide memorial. Folks lined up to enter the bone chamber. I was startled to see that they not only paid tribute to the victims, but some had to open the caskets to look at the bleached bones. Fifteen years later, it was still too much to bear. But somehow through the piercing pains and howls, healing began.

Survivors said to us, “When we see beauty we see hope. Our loved ones can come home now in honor and dignity.” 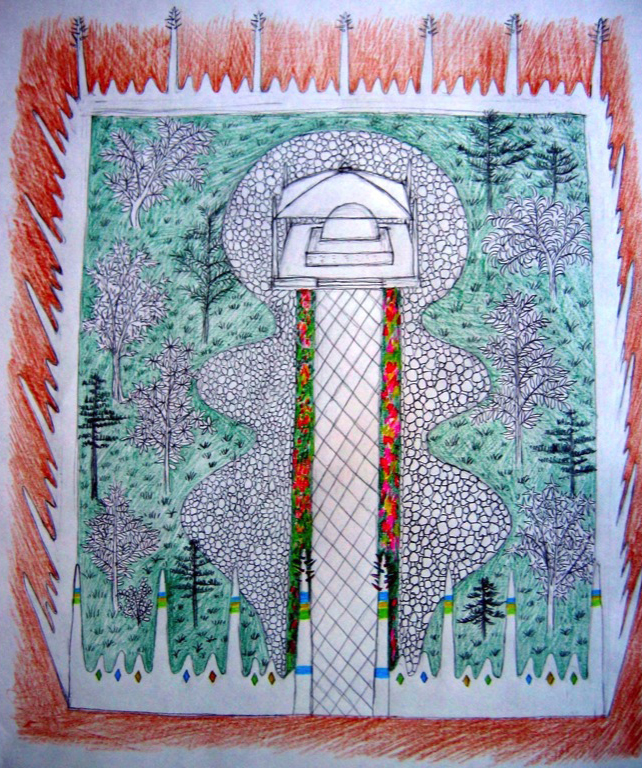 Lily’s proposal for a new monument Commemorative genocide on the site of the mass grave. 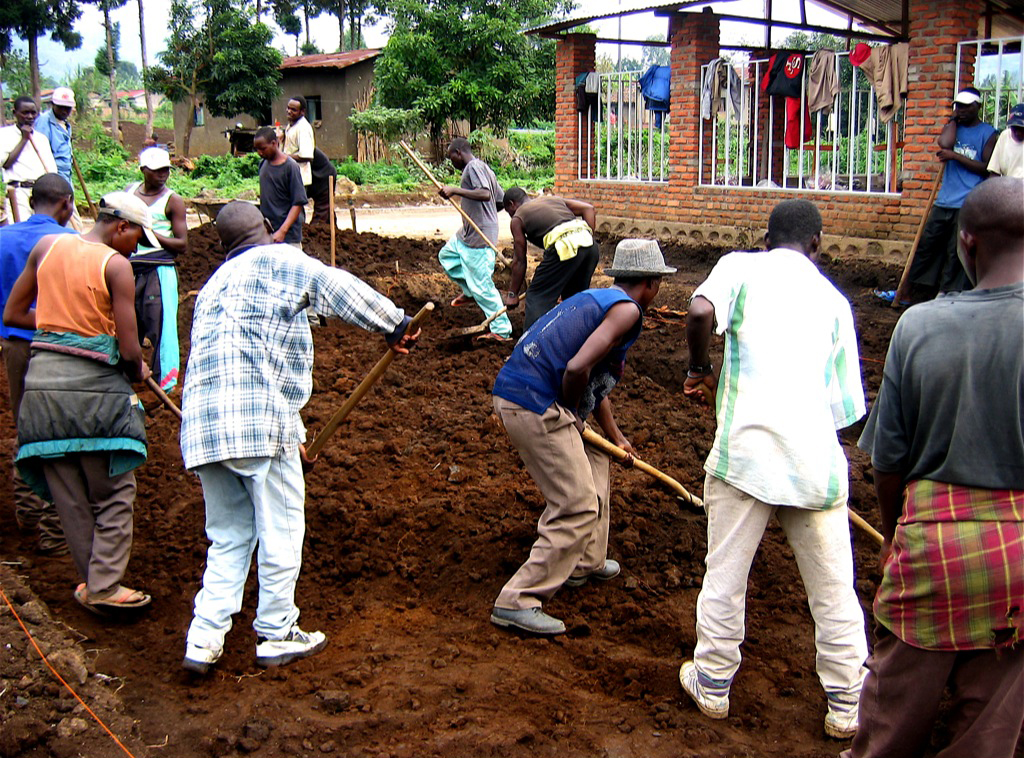 Digging for the building of a bone chamber. 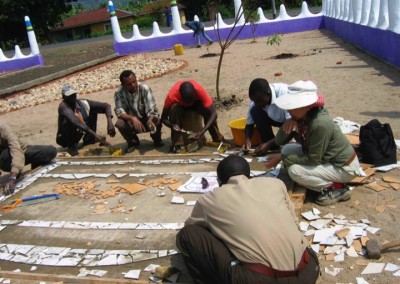 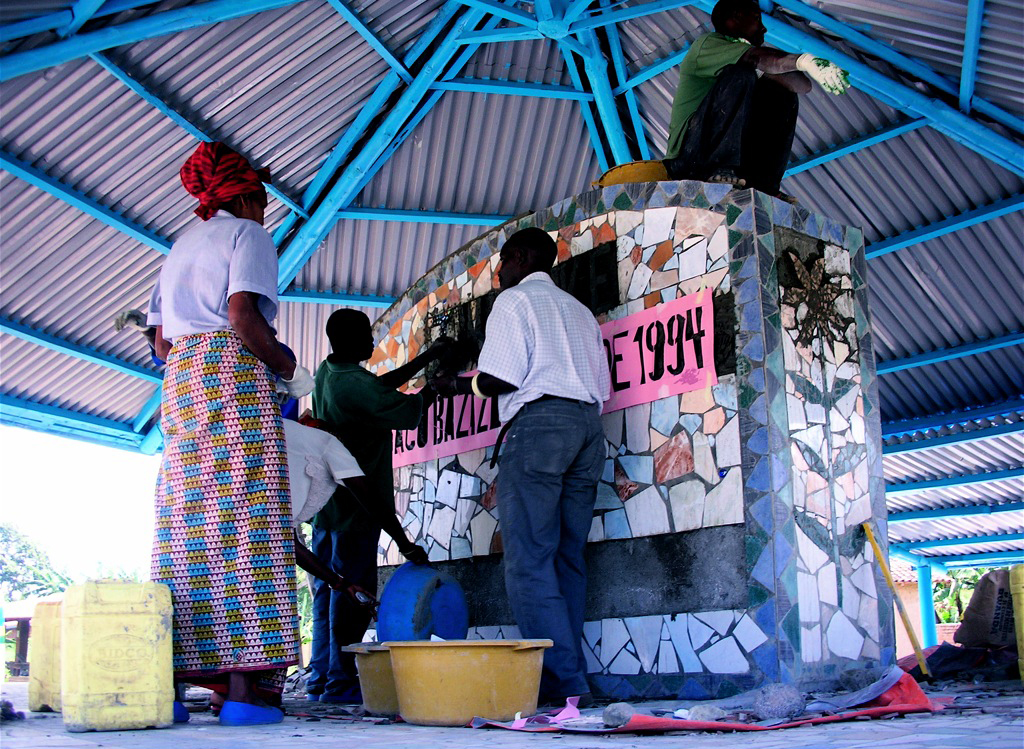 Placing words provided by the Genocide Survivor’s Association on the memorial slab. 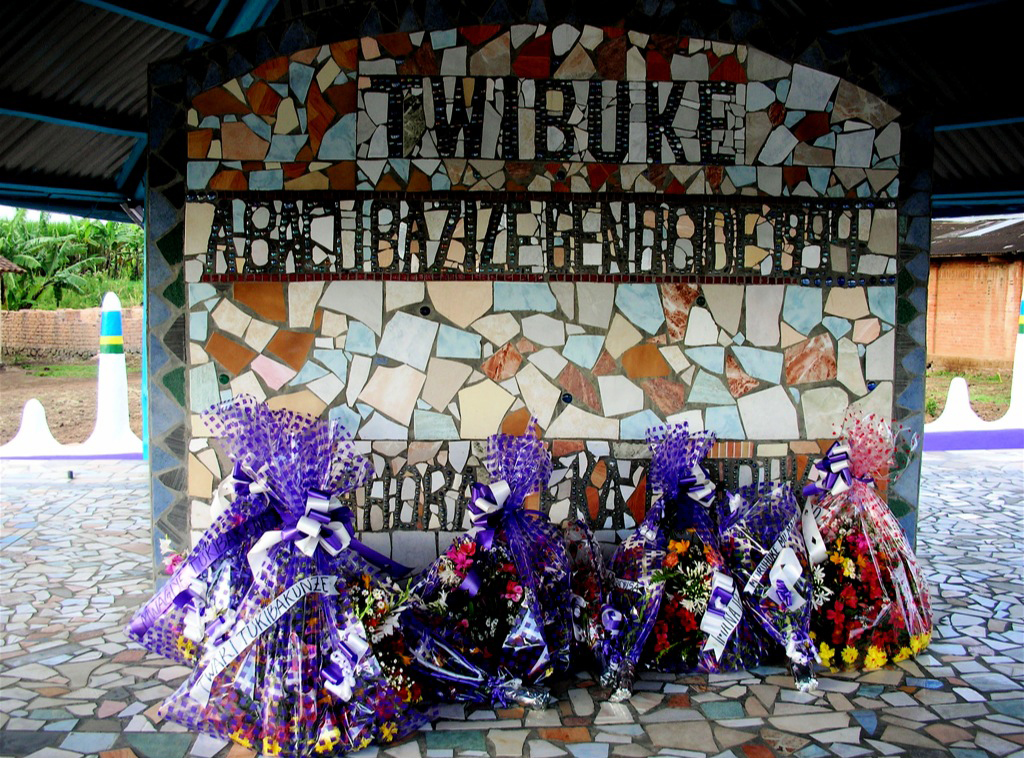 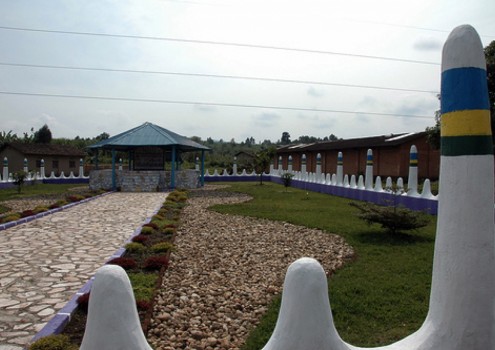 The completed Rugerero Genocide Memorial Park with a monument and a bone chamber. 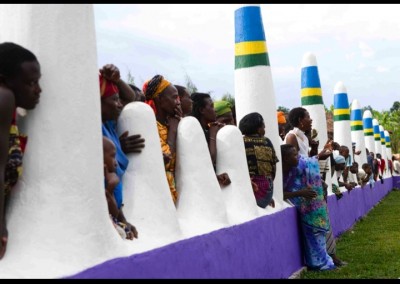 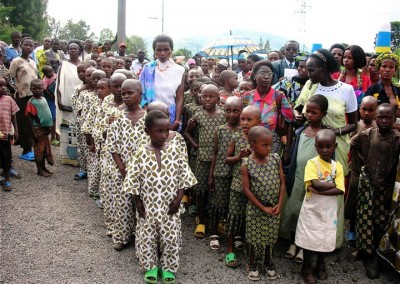 Over one thousand children and adults attended the ceremony, including Mabete Niyonsaba Dieudonne, Executive Secrectary of Rugerero Sector, Barengayabo Ramadhan, Mayor of Rubavu District, and Joseph Habineza , Minister of Youth, Culture and sports from Kigali. 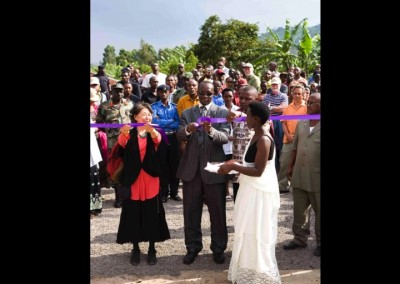 The memorial was dedicated on April 5th, 2007, two days before the national day of mourning. Through the ceremony, the genocide memorial park was officially given to the government and villagers for safe-keeping. Honored guest, Joseph Habineza , Minister of Youth, Culture and sports from Kigali cut the ribbon. (photo by Chris Noble) 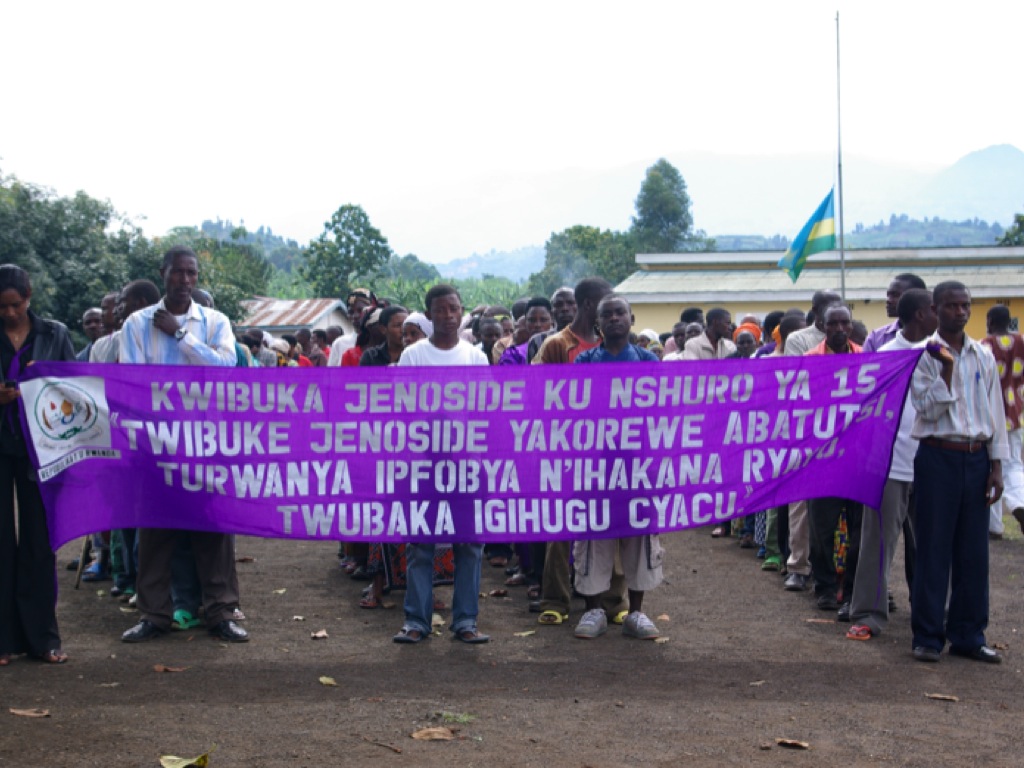 On April 7, 2009, the 15th anniversary of the Rwanda genocide, thousands of people marched on the street to commemorate the national tragedy. 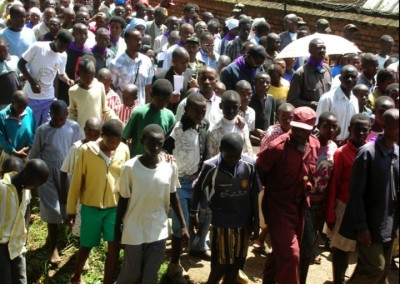 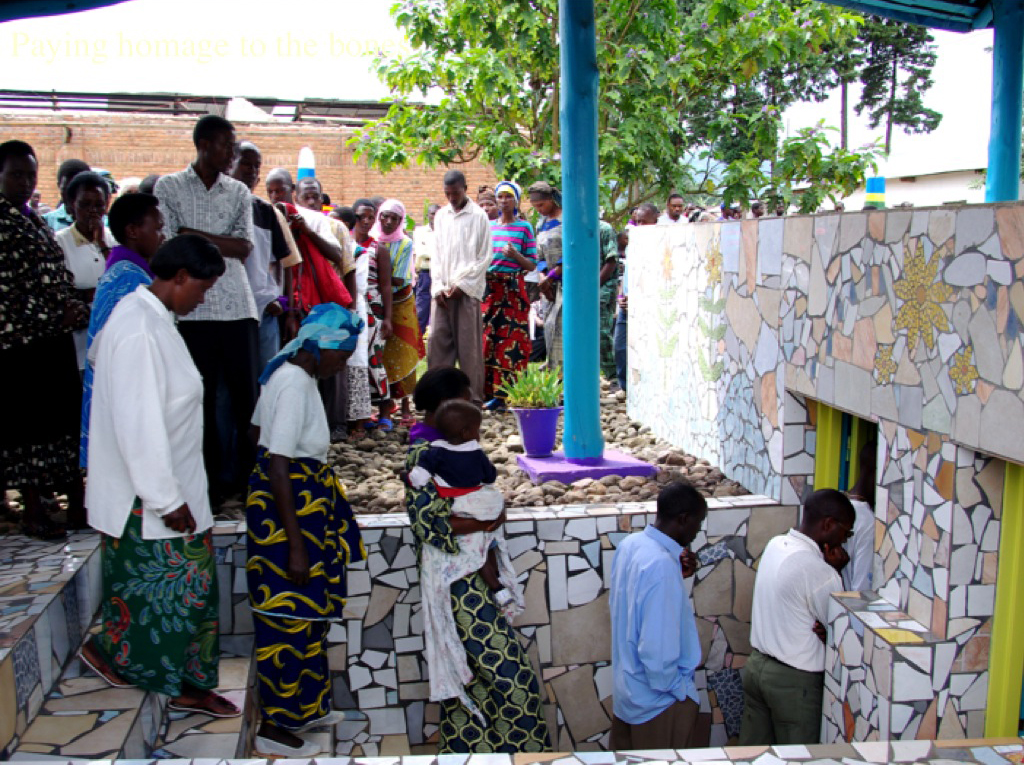 People lined up to enter the bone chamber to pay homage to the dead. 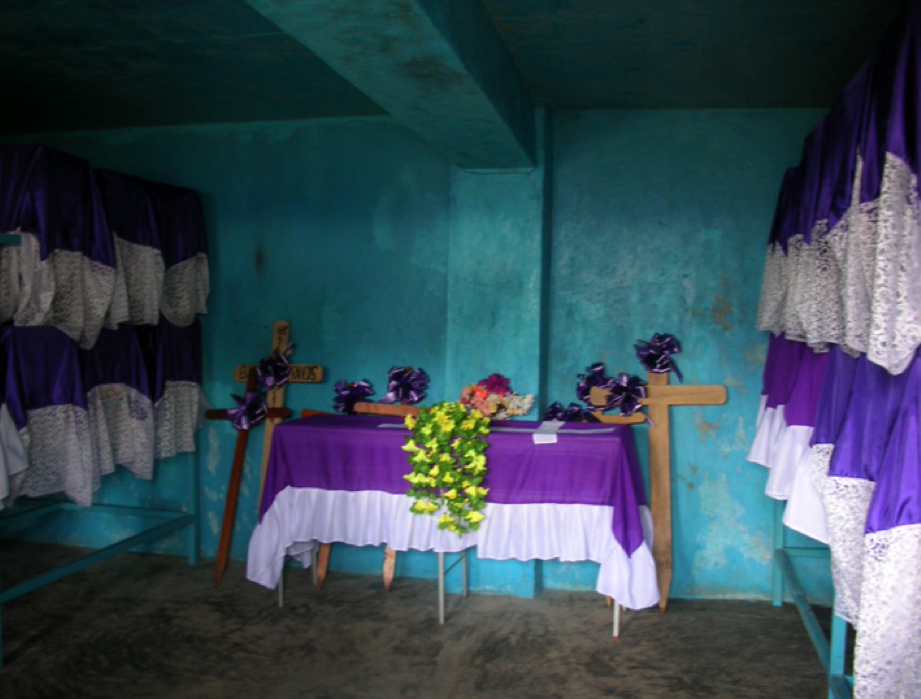 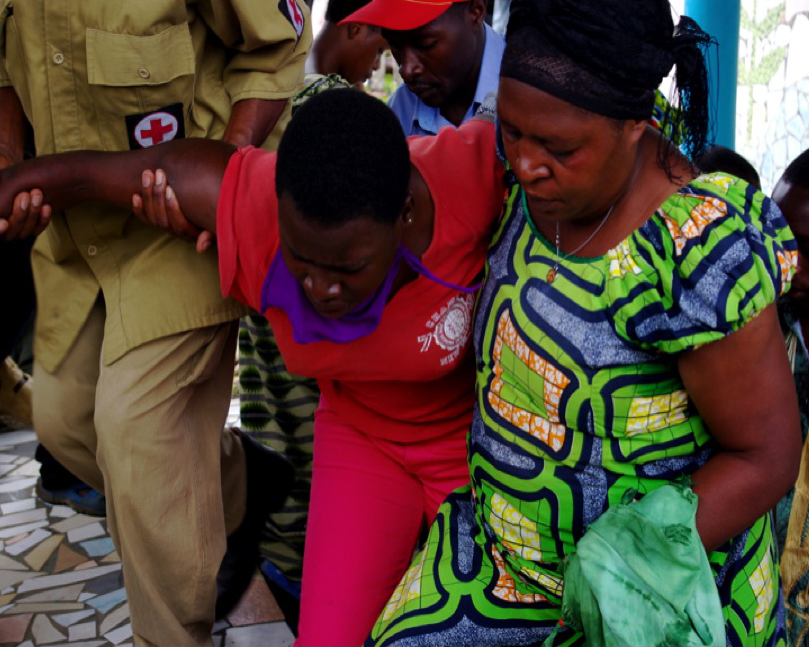 Too much to bear. 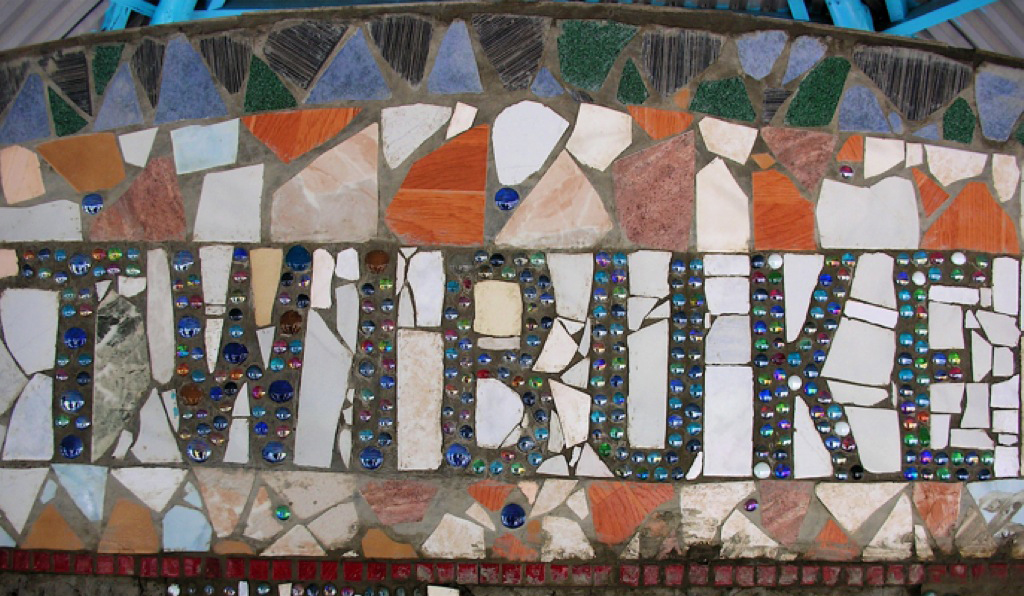 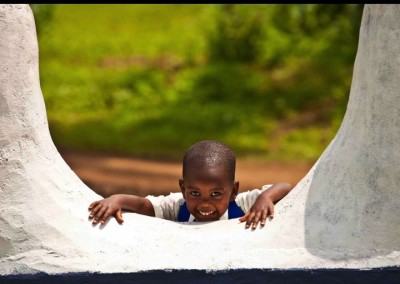 Hope for the future (photo by Teresa Yeh)