One important legend of the Pai Wang people is the poisonous one hundred step snake. The Pai Wang people feel that the snakes protect them and that they are the descendants form the poison snake. Urns, holding water or wine, are also a major symbol in this culture. Pai Wang translates to “Big Bird.” You can see the poisonous snake, urns, and the big bird throughout artwork that already exists in the community.

The Pai Wang tribe still hunts, fishes, and gathers food in the forest. Their old religion has been replaced by Christianity, Catholic or Protestant, so sometimes there is a conflict between the exclusive Christianity that does not allow the Pai Wang people to worship their original deities or spirits.

The place chosen for the Taking Off project is very interesting. It was dilapidated. People got drunk here. It was the worst place in the tribe, full of trash. So this is the place chosen to revive. When the community members started painting the building, the drunkards felt embarrassed. So they either left or started to pick up trash or joined in with the painting. Change is already happening.

Being drunk is not just their fault. There was no opportunity for jobs, to earn a living. In a way alcohol buries people’s pains. It’s good that the community chose this place for our project. The worst place is most ready to transform.

After working with a group of ten teachers, Lily Yeh got to work with a group of thirty-eight students from the elementary school and some elders from the Pai Wang tribe. A wonderful thing is they have younger members and senior members in the workshop. Most of the children were raised by their grandparents. Most of the parents are somewhere else trying to get jobs and earn a living.

First Lily Yeh shows them pictures of what’s before—the brokenness—and what’s after, to inspire them, to get them excited. Then, to get the children to move into a creative mindset, you have to break the mode of the school structure. So first we got up and got rid of the chairs to re-shape the classroom into a new and empty space. An elder led a song and dance in the indigenous language of the tribe. Even though the children didn’t know the words, they loved it and were hungry to learn more.

For the next part of the workshop the adults in the sat outside. Everybody drew even though many of them said they don’t know how to draw. Lily Yeh tells them that it doesn’t matter. Just put images down so that the younger children have a chance to understand.

When their peers look at their artwork and tell them what they see, they would clap if it’s right, so they know if it’s not right. Lily Yeh tells them it doesn’t matter if it’s correct or not, it means that people are imagining, which is very good. More or less, we are working on public speaking and they loved that too!

In both the elders’ and children’s artwork you can see many important symbols from daily life in the Pai Wang community. In addition to the poisonous snake, urns, and the big bird, you can see roasting pigs, hunting knives, bing lang trees, beautiful glass beads, rising mountains and clouds in the sky.

After looking at all of the artwork that has come out of our workshop, Lily Yeh takes teachers out and gets them to think about what images should be in the new mural. 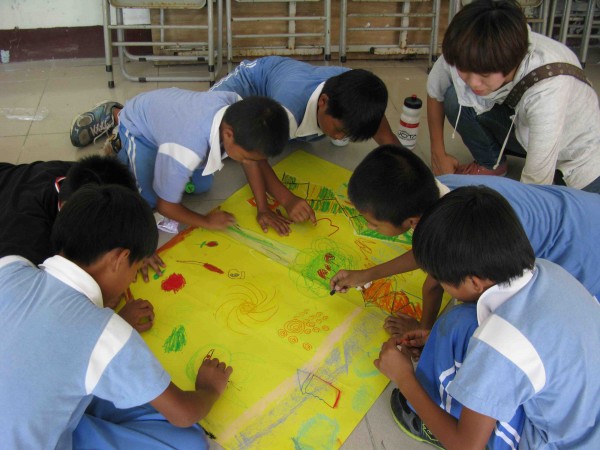 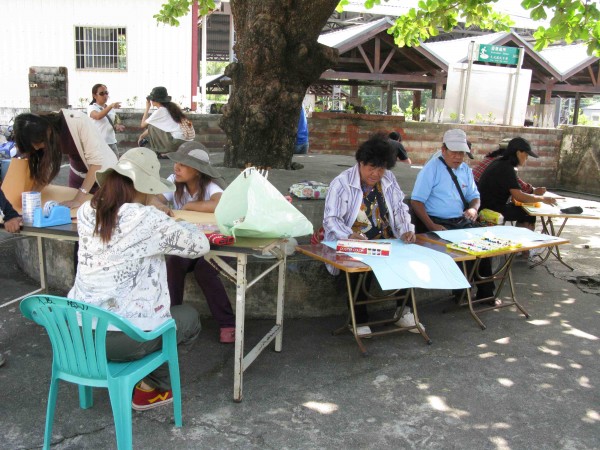 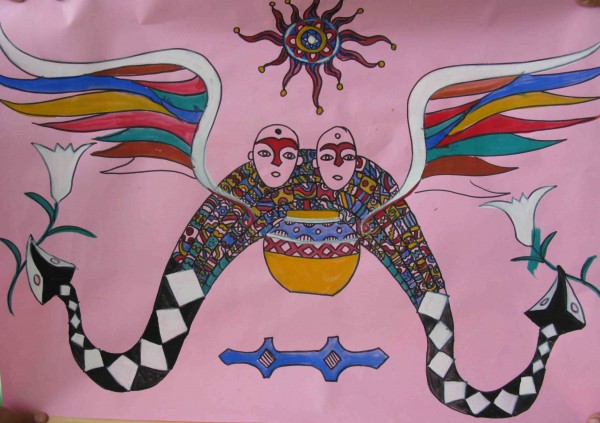 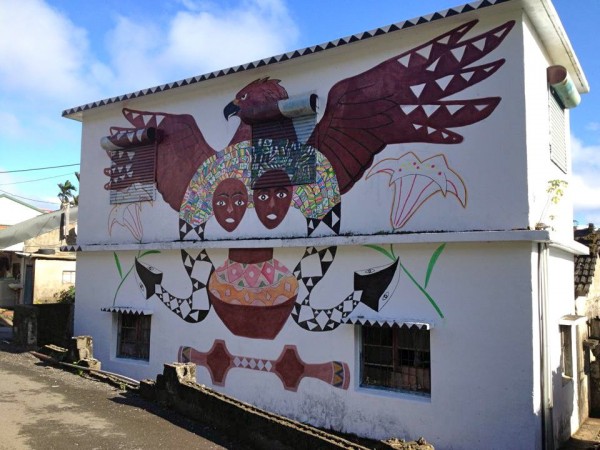 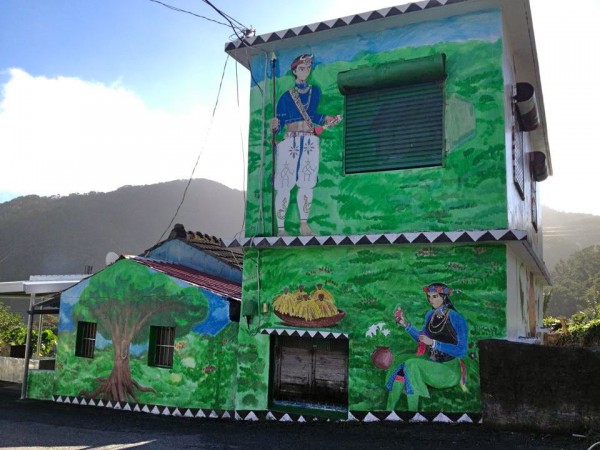