Invited by the Cultural Affairs Department of Taipei to create a public art piece for its Public Art Festival, Lily Yeh visited Taipei in 2004. The site chosen by the Festival committee and Lily Yeh was in the Chi Chong School for the Hearing Impaired in a low-end section of the city.

The Principal of the school suggested that art be created on a four story high blank wall situated at the edge of the school basketball court. For longevity and easy maintenance, the wall needed to be a mosaic mural, though this made the project ambitious and challenging. Miss Lo, the curator of the project, recruited technical support and a major contribution from the O.J. Li Tile Production Company.

Lily Yeh wanted to engage the Chi Chong School art teachers and their students from the beginning to take part in the creation process. To inspire the students and broaden their imaginations, Lily Yeh showed them a wide range of images that enthused her, including pictures from various cultural traditions, contemporary art and scientific discoveries. Encouraged by their teachers, the students created colorful, fun, and energetic designs.

Based on their works, Lily Yeh designed the image, “Roaming in the Dreamland Sky,” for the huge blank wall. She collaborated with Chi Chong art teachers to host numerous workshops where students and hundreds of volunteers set the tiles in wooden boxes with grids. Then they glued the tiles into special sheets which were then numbered for the professional tile setters to place on the wall. It was an enormous undertaking.

In addition to making tiled sheets, Chi Chong students and volunteers also created mosaic tiles at the lower section of the wall. The process showed how public art becomes rooted in and owned by the community. This process of youth transforming their own environment helped to transform them. Feeling empowered and self-confident, they developed a greater sense of possibility and hope for the future.

Over four hundred people from different cities in Taiwan took part in the project. The most moving aspect of the project was the fervent participation of the handicapped children of the school. Recognizing that their creativity and labor contributed to the making of this large scale public art, they felt proud and empowered. The project was nominated for a prestigious 2005 public art award in Taiwan. 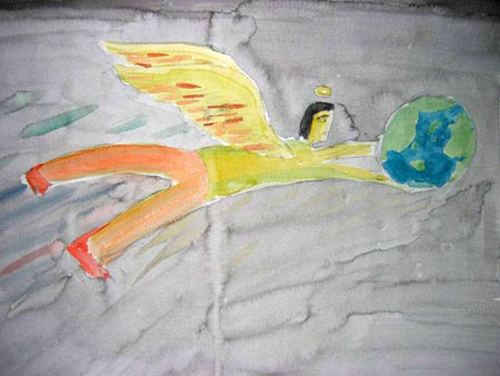 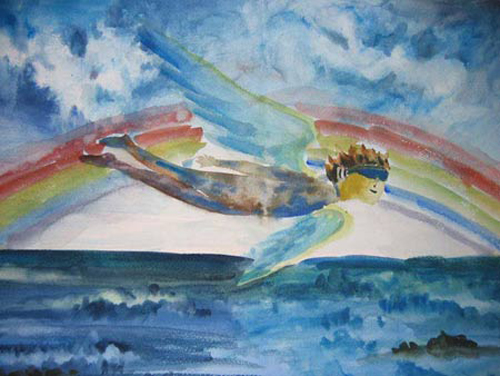 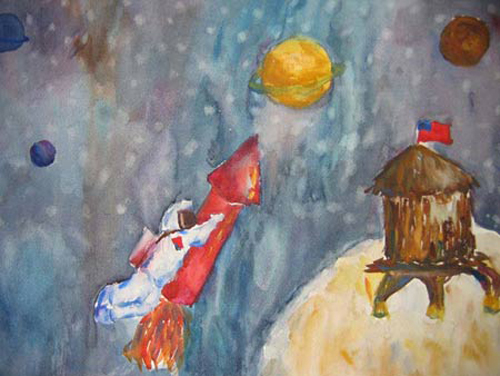 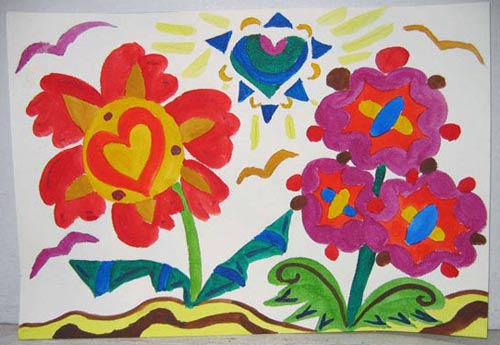 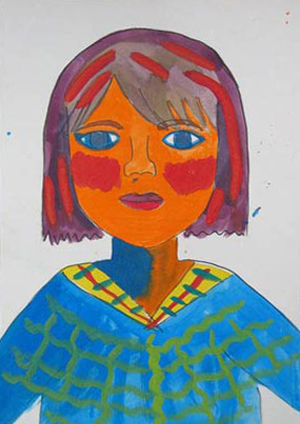 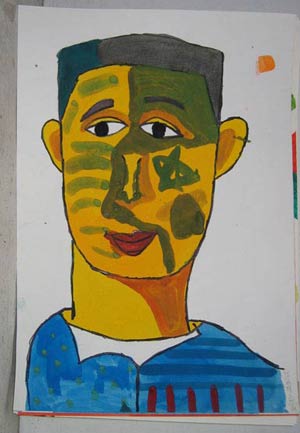 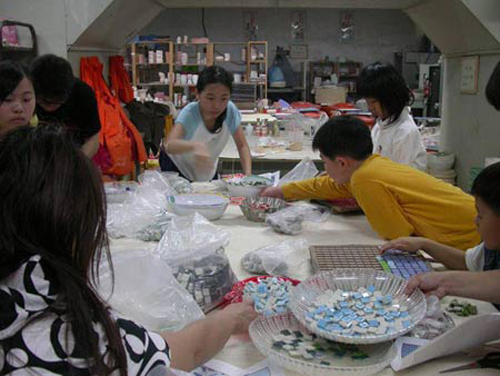 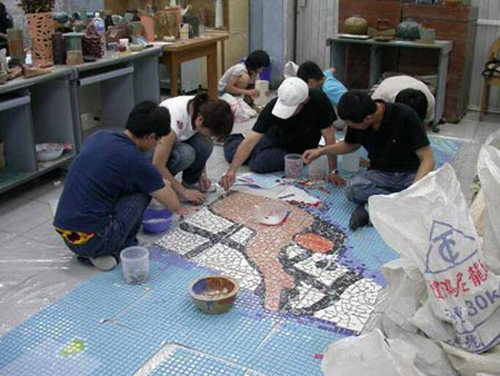 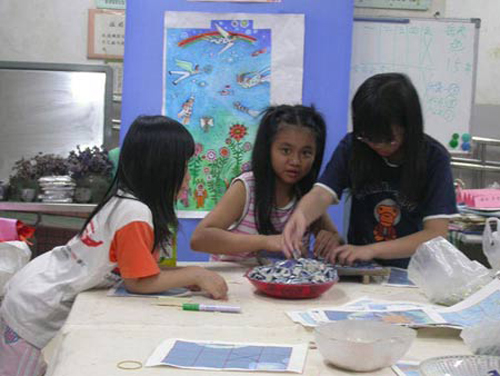 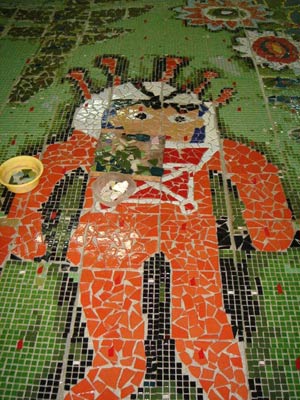 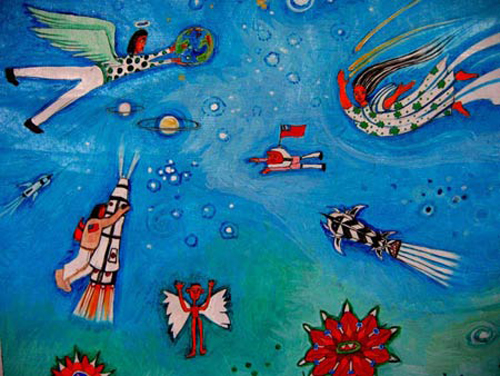 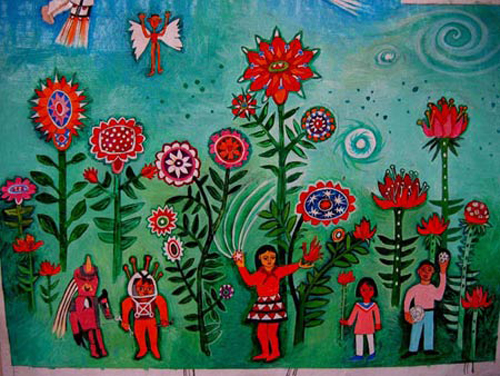 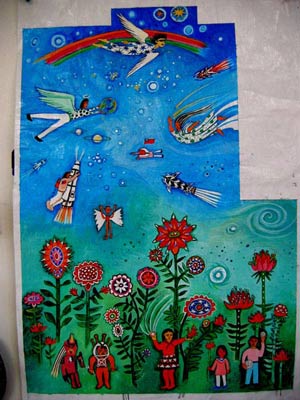 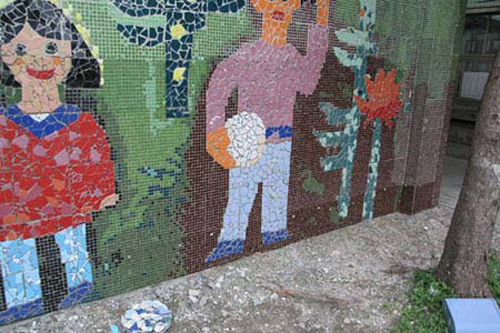 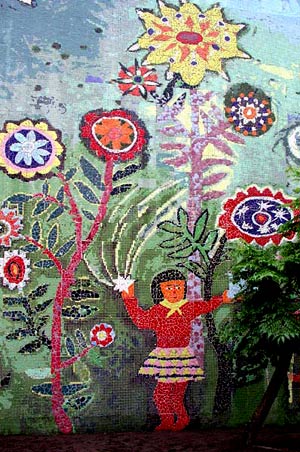 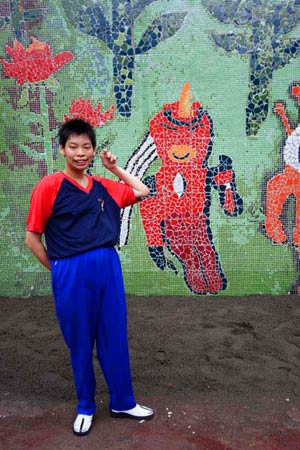 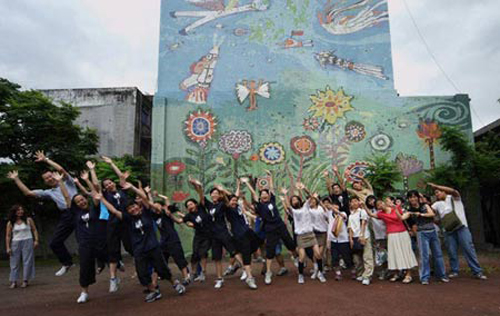