Press & Publications by Other Voices

“Lily Yeh and the transformative power of art,” Minneapolis Institute of Art

“The Healing Power of Art” Dig Where You Are, Casper Press

“Digging for Purpose” by Nan Alexander Doyal, Dig Where You Are, Casper Press

A Vision for Equitable Community Development, By Jared Green, The American Society of Landscape Architects

Lessons from Palestine On Walls, Cultural Resistance, and the Artistry of Lily Yeh, By Ariel Bleth, Tikkun Magazine

Art, Beauty and Healing, The Gentle Art of Blessing

Jay Walljasper, “All That We Share, a field guide to the commons,” The New Press (2010)

John Timpane, “Influences what shapes the minds that make the news,” The Philadelphia Inquirer, March 9 (2008)

Jennifer Moroz, “How do you find the will to live?” A Rwandan community devastated by genocide gets a boost from a Phila. Art and development project. The Philadelphia Inquirer, December 29 (2007)

Mary Hufford & Rosina Miller, “Piecing Together The Fragments, An Ethonography of Leadership For Social Change in North Central Philadelphia 2004 – 2005,” Center for Folklore and Ethonography, University of Pennsylvania (2005)

Warrior Angel: The Work of Lily Yeh – A paper by Bill Moskin and Jill Jackson on Lily Yeh’s methods of using art to transform and build community (2004)

Rosina S. Miller, “Unhaunting the Village: Critical Regionalism and ‘Luminous Place’ at the Village of Arts and Humanities,” Journal of American Folklore 117(466):446-454 (2004)

Al and Tipper Gore, “Community,” Joined At the Heart, the Transformation of the American Family (2002)

Scott Edwards, “A Chance To Be Heard,” Bucks, Mercer, and Beyond: Happenings, InterCounty Newspaper August 16 (2011)

Photographs by Reagan Louie, interviews by Barry Dornfeld, “Reimagining The City,” Local Heroes Changing America, the publication of Indivisible Project, a project of the Center for Documentary Studies at Duke University in partnership with the Center for Creative Photography, The University of Arizona. Funded by the Pew Charitable Trusts. (2000)

Edited by Marie Cieri and Claire Peeps, “Lily Yeh,” Activists Speaking Out, Reflections on the Pursuit of Change in America (2000)

Eils Lotozo, “It Takes a Village, Artist and documentarian Lily Yeh brings a cross-cultural portrait of Kenya to life in An Angel in the Village,” Philadelphia City Paper, May 13 (1999)

The Boston Globe, Dialogues, “Pursuing the art of inclusion for the public good,” The Boston Sunday Globe, December 20 (1998)

“Seven Stories about Modern Art in Africa,” Catalogue, organized by the White Chapel Gallery, London in conjunction with Guggenheim Museum (1996)

Penelope McPhee, “Who Should Fund the Arts?” Grantmakers in the Arts Newsletter, Autumn (1995)

Tom Csaszar, “LilyYeh, The Village of Arts and Humanities,” The New Art Examiner (1994)

Camille Paglia, East and West: An Experiment in Multicultualism, in Sex, Art, and American Culture  (1992)

Jonathan Storm, “Rising from the debris is community spirit,” The Philadelphia Inquirer, June 3 (1992)

“The Village of Arts and Humanities, An Oasis in a Bleak, Blighted Neighborhood,” Knight Foundation Newsletter, October (1992)

Thomas Hine, “A Commitment to Community: Mural Sets the Tone in N. Phila.,” The Philadelphia Inquirer, May 17 (1992)

Janet A. Kaplan, “The City That Is Not New York: A Cultural Overview of Philadelphia,” Artists Choose Artists, ICA (1991)

Terence Samuel, “And All the players merely people,” The Philadelphia Inquirer, September 19 (1991)

Anupma Logani, “The Village, a cradle of love in a city of pain,” Philadelphia PEOPLE, Fall/Winter (1991) 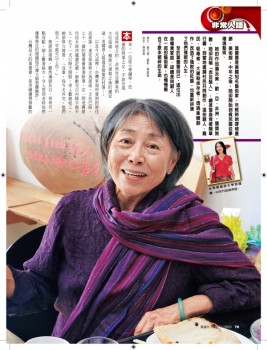 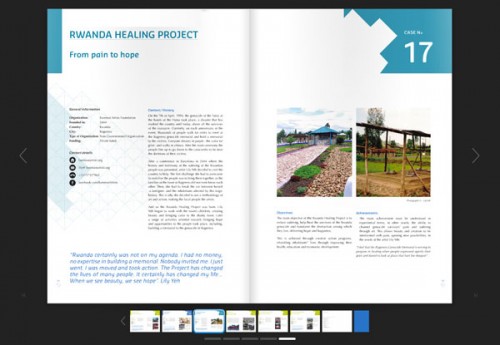 The Angel With No Shoes