Kujenga Pamoja is the Swahili translation of The Village motto, “Together We Build.” John Omondi, a dancer from Korogocho, Kenya, conducted a month long residency at The Village as a part of our tenth anniversary celebration in 1996.

We cleaned up a big trash-filled lot on the 2500 block of 11th Street in our neighborhood and named it Kujenga Pamoja Park. We did this to honor our guest artist coming from so far away and to enhance the bond with our sister community in Korogocho, Kenya.

The park was completed in 2003. It contained two ninety foot by thirty-five foot murals, “A Wondrous Journey” and “Flowers in the Cosmic Night,” which were designed by Lily Yeh. The murals were painted by Andres Chamorro, Brother Mohammad, Lily Yeh and other fellow artists from Philadelphia. 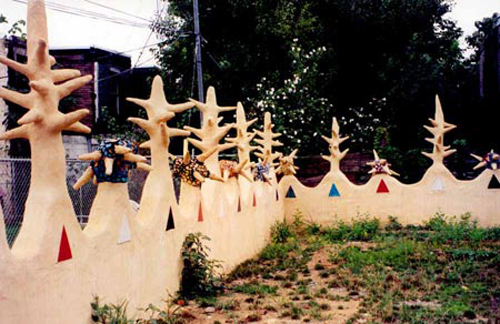 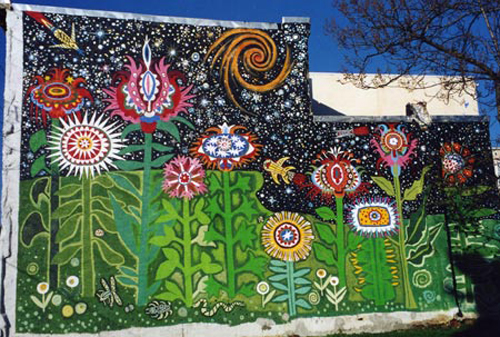 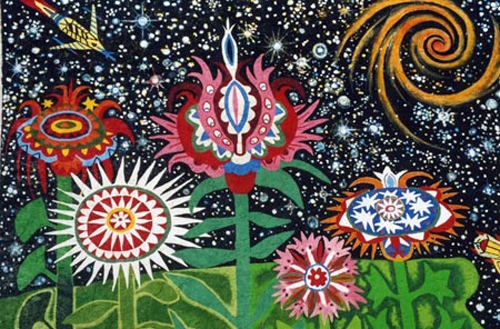 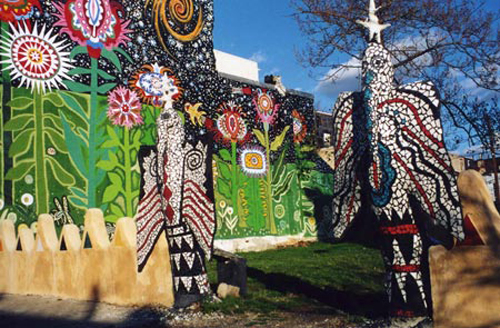 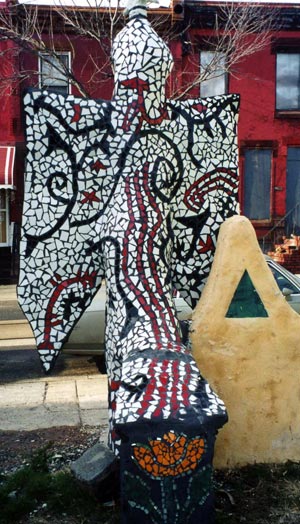 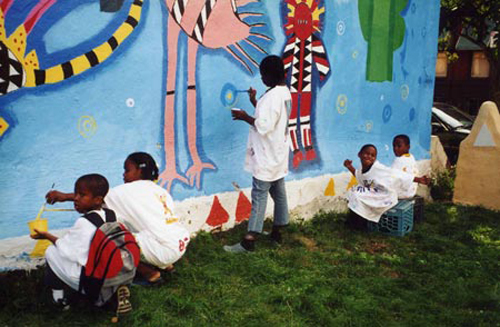 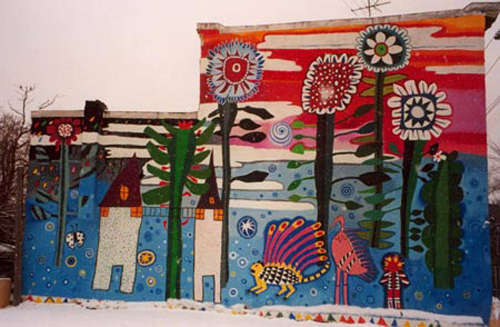 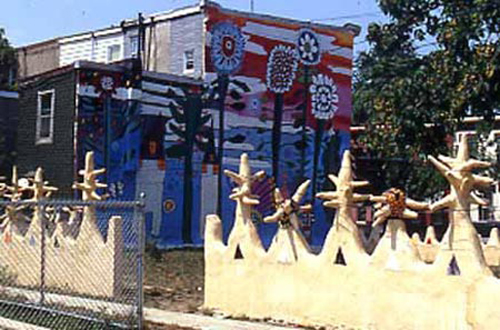 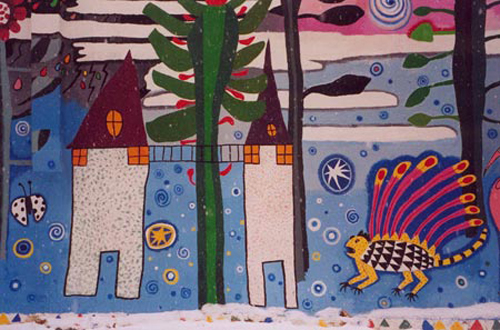 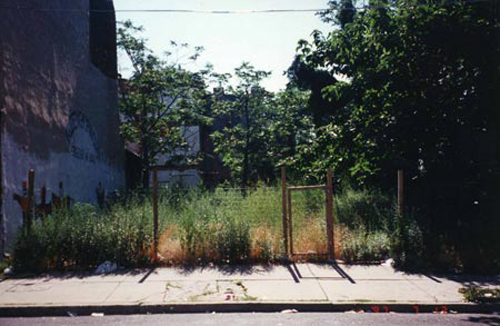 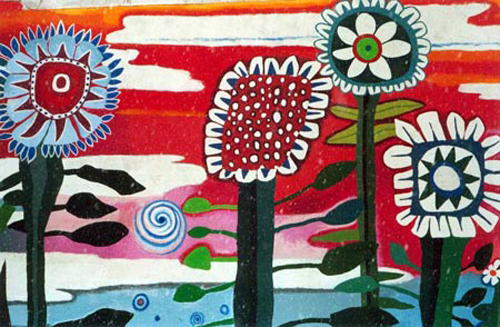