Located at the corner of Cumberland and Alder Streets, this park functions as the gateway to The Village. The Guardian Angels mural was designed and painted by Lily Yeh. The cement sculptures were created by Heidi Warren in collaboration with Hartranft Elementary School students and The Village construction crew. The sculptural wall was designed by Lily Yeh and constructed by The Village crew. The mosaic work was done by James (Big Man) Maxton.

1492 was the year that marked the discovery of the Americas by Columbus. It was a sad time for the Native Americans. Being a minority group in this continent, we decided to commemorate the 500th anniversary of that year through the remembrance of the Native American cultures by planting corn, building an horno, and constructing a corn bench.

Alejandro Lopez, a guest artist and builder from New Mexico, designed the cement bench for the youth construction workshop in the summer of 1992. He called it the corn bench because he placed a planter in the center of the bench for corn planting and decorated the back of the bench with two huge ears of corn.

Joseph JoJo Williams helped Lopez throughout the construction process, from digging the foundation, recycling stones, bricks and abandoned marbles, and organizing the participation of children, youth and adults in the neighborhood. Over thirty-five people participated in this exciting effort.

In the midst of our construction, a three story building on Germantown Avenue caught on fire. The Fire Department sent a huge fire truck with a long ladder to the scene to retrieve a man trapped on his third floor apartment. It was frightening, chaotic and exciting at the same time.

The brick walls of the building collapsed. JoJo and Lopez recycled a lot of the bricks from the collapsed building into our corn bench so a part of that building continues to live on in the Guardian Angel Park to this day.

In 1998 we renovated the abandoned garage that hosted the Guardian Angels mural into an office building. Over the years, Guardian Angel Park has evolved in a number of ways leading to what it looks like today. 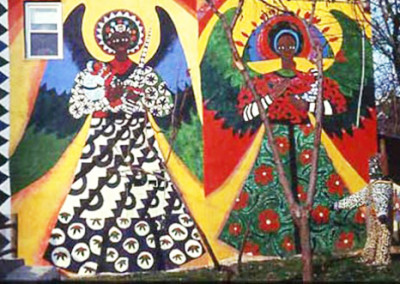 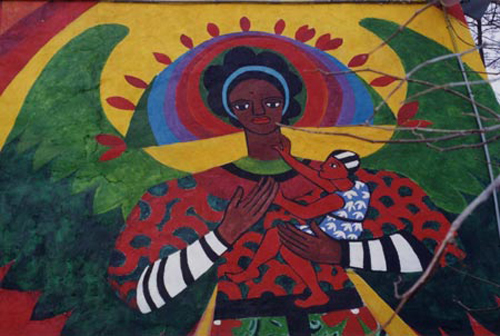 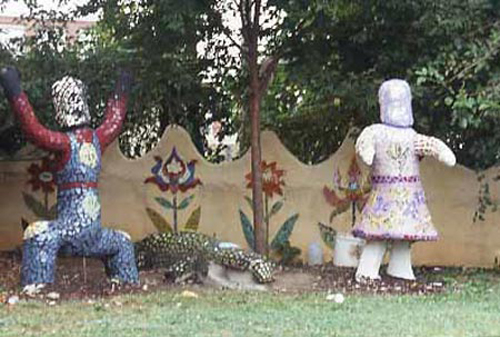 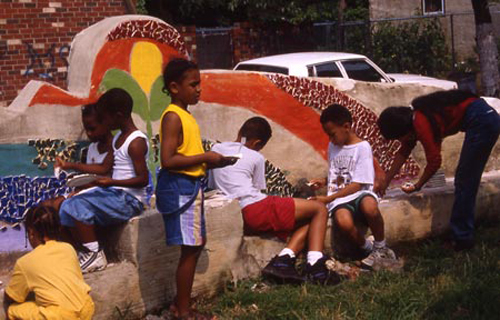 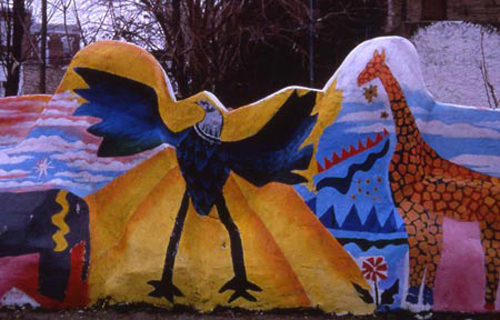 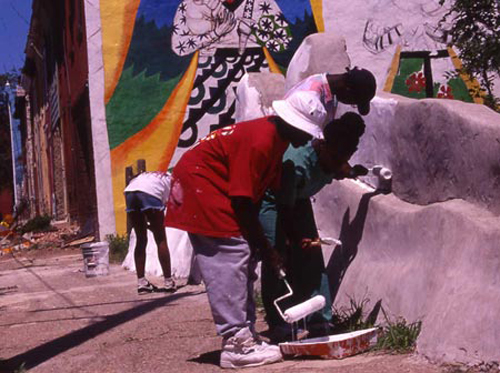 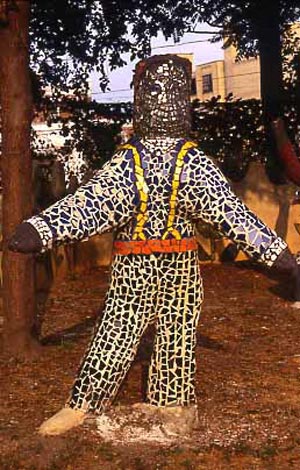 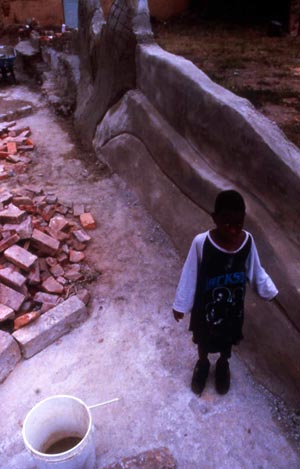 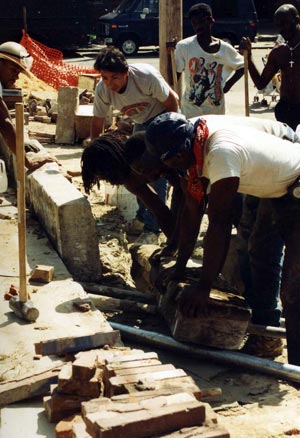 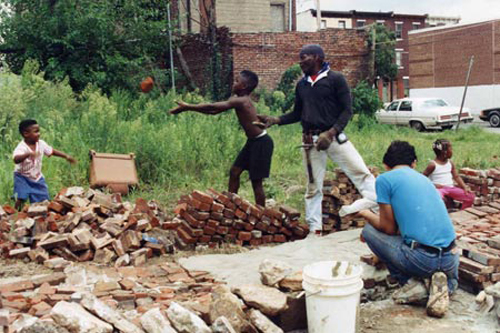 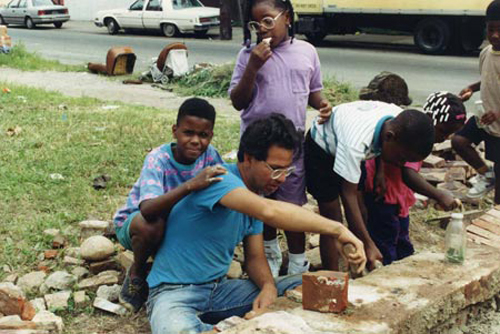 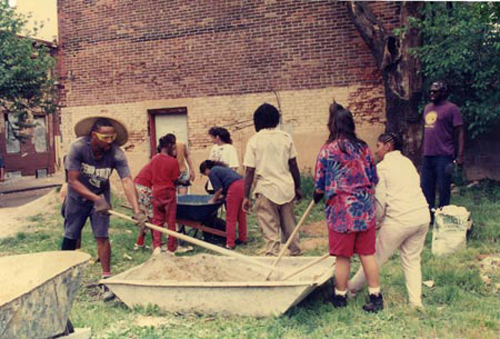 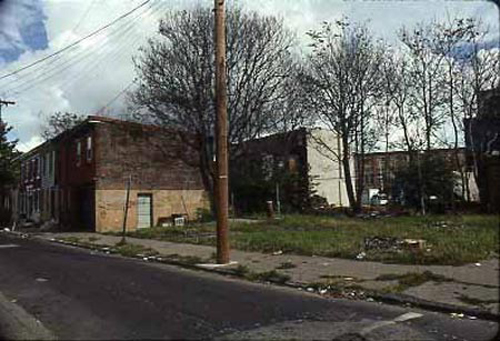 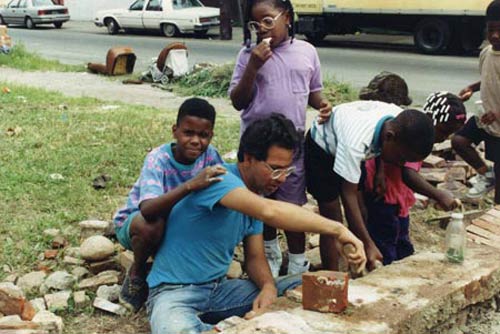