Situated next to a huge city dump, Korogocho is a settlement of 100,000 people just outside of Nairobi, Kenya. The thousands of children and adults who visit the dump site daily to scratch out a living by recycling trash are refered to as Mukuru people, which is Swahili for “garbage.” As a Lila Wallace Arts International Fellow, Lily Yeh conducted a three month residency in Korogocho beginning in January of 1994.

During this initial trip, Lily Yeh engaged Korogocho residents in transforming a barren curch courtyard into a vibrant environment filled with huge, brightly painted angels, flowers, and sculpted guardian figures. Lily Yeh worked with Eliimo and Phillda Njau of the Paa Ya Paa Art Center and Father Alex Zanotelli of St. JohnÕs Catholic Church in Korogocho during the trip, setting the foundation for a partnership that would last over a decade.

This thirteen year partnership between the community in Korogocho and Barefoot Artists enriched the lives of many on both continents. In 1994, with funding from the Rockefeller Foundation, Elimo Njau of Paa Ya Paa visited The Village and conducted workshops on Kenyan culture and East African Art in Philadelphia and New York.

To celebrate the tenth anniversary of The Village of Arts and Humanities in September of 1996, John Omondi visited Philadelphia. Sponsored by INROADS program, John Omondi, a dancer, drummer, and choreographer from Korogocho, conducted a month-long residency at The Village, which named its culminating event of the year Kujenga Pamoja Festival. Here is the Kujenga Pamoja Park, which is part of The Village. Kujenga Pamoja is the Swahili translation of the Village’s motto, Together We Build. The naming of our festival gestured our solidarity with the Korogocho community in Kenya and celebrated the heritage of people in our North Philadelphia community.

In 2003 Lily Yeh worked with Education for Life, another Korogocho-based organization, to create large-scale painted banners to warn young people about the danger of HIV and AIDS and to educate them about preventive methods. As a part of the educational activities, they launched a teach-in festival including a ceremonial procession through town, communal songs, dances, an art exhibition, and theatrical performances. 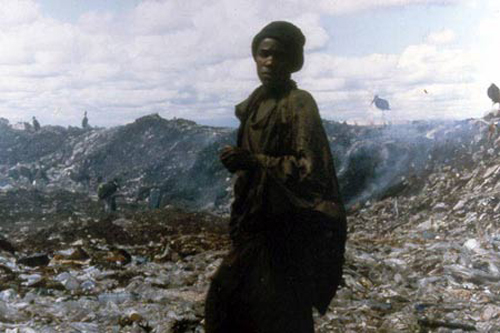 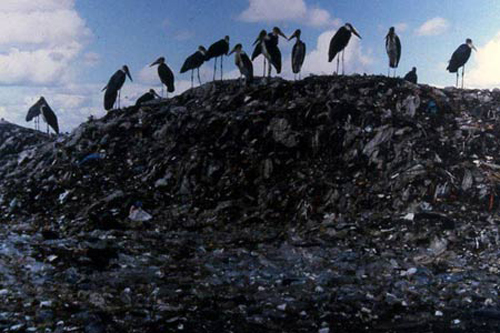 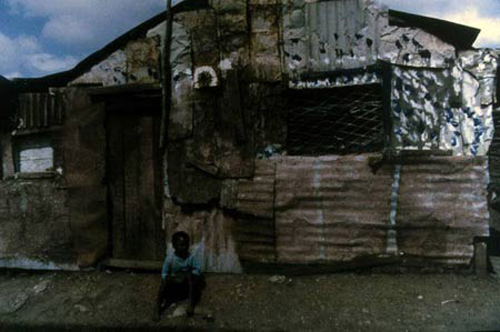 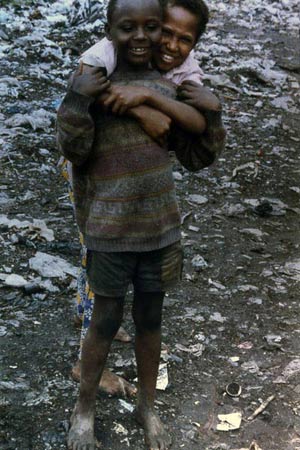 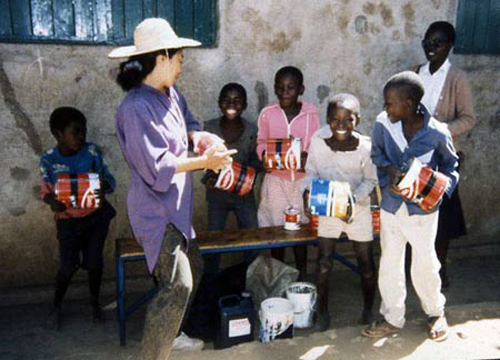 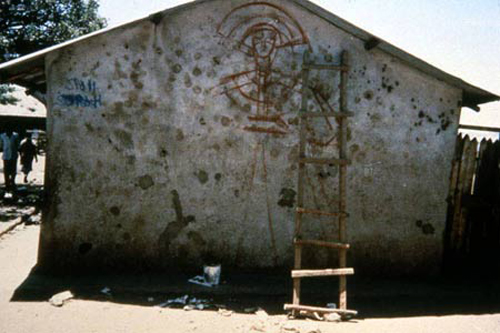 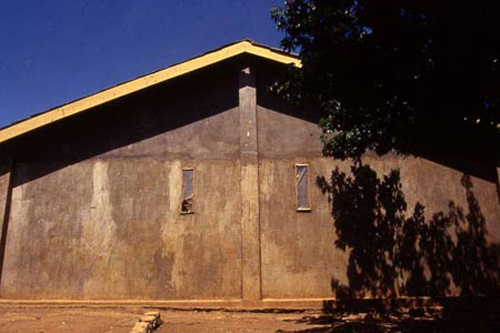 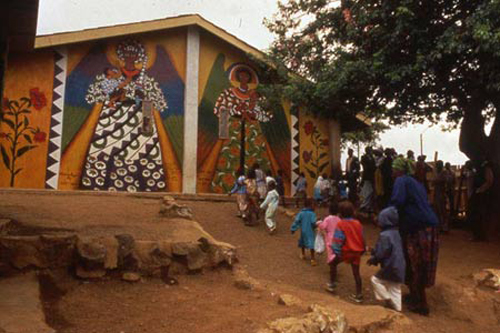 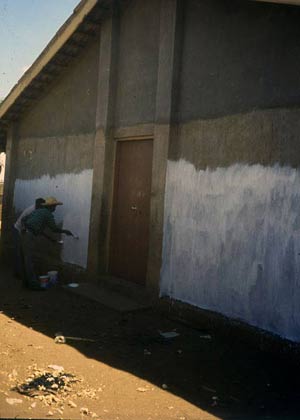 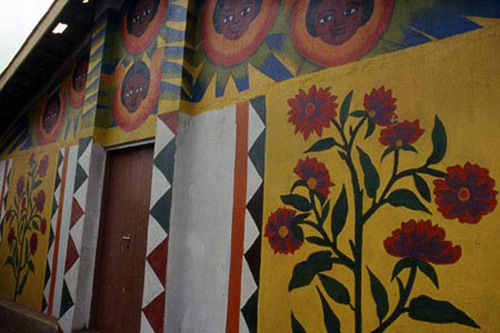 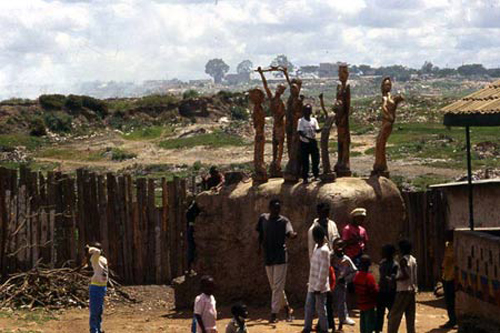 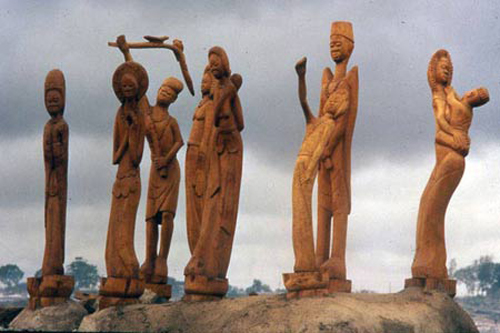 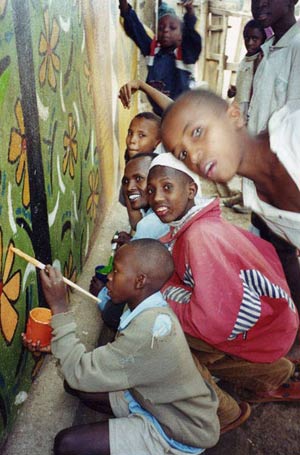 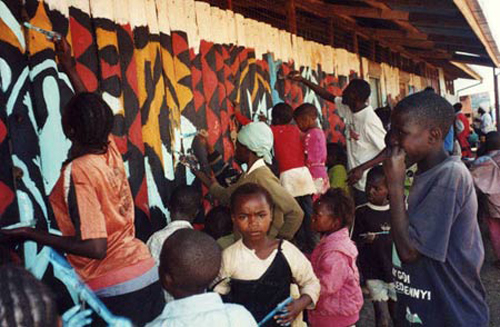 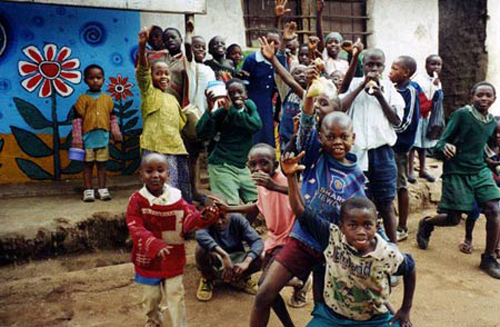 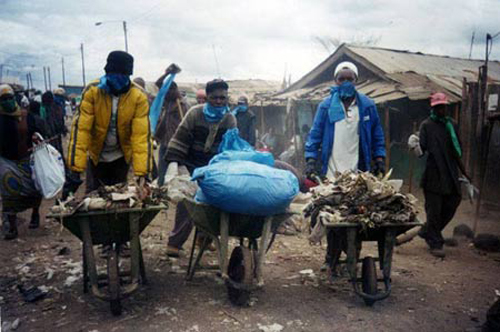 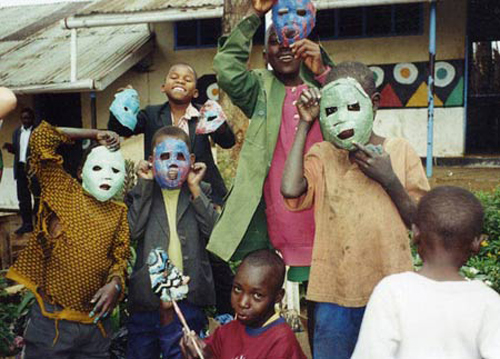 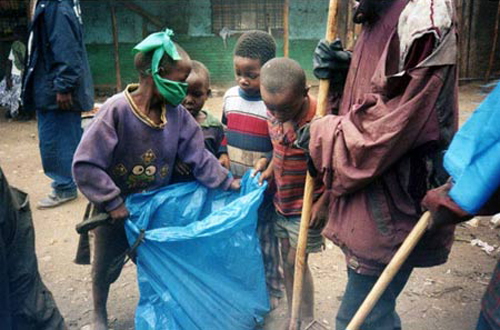 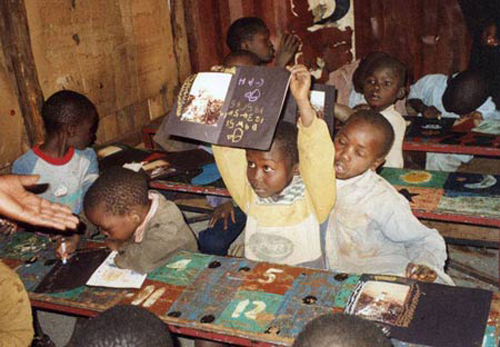 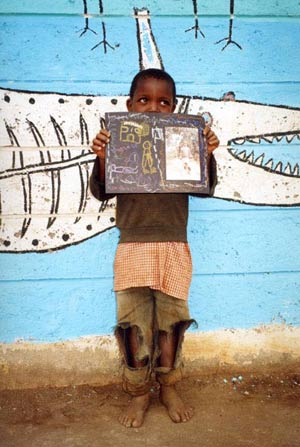 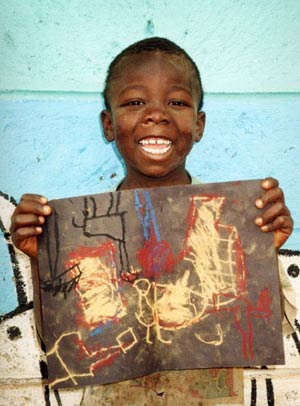 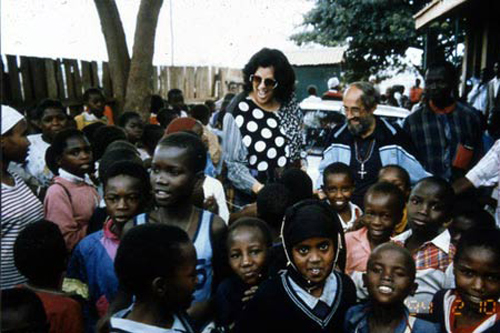 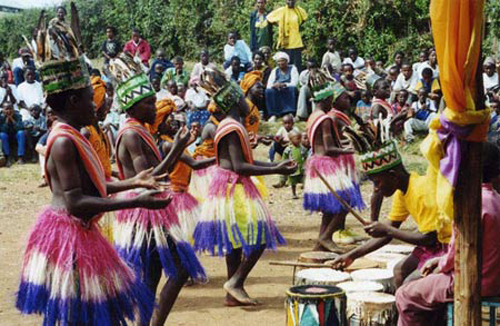 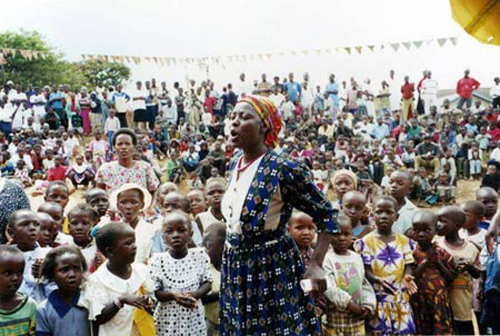 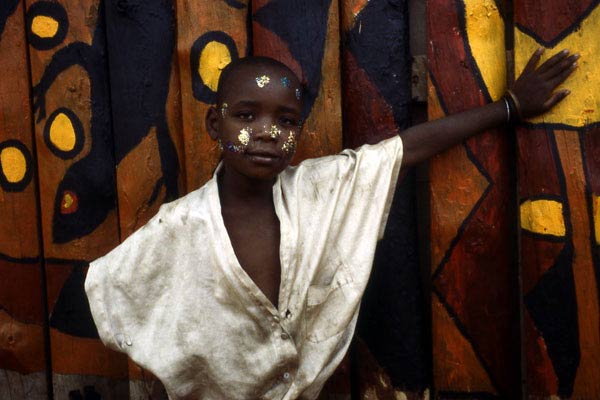 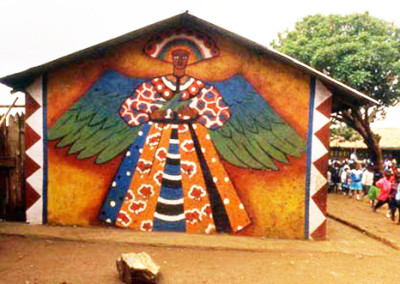